Will Draft History Be Made Today?

Did you know that a HS right handed pitcher has never been taken as number 1 pick in the MLB draft?

If Texas HS pitcher Tyler Kolek is drafted # 1 he would be the first… and if Houston advisor Nolan Ryan, and like minded Texas ranchers have anything to say about it, this is likely to happen.

Yes Matt Bush was the # 1 pick by San Diego Padres, but at the time of the draft he was considered a position player and only moved to pitcher when he proved he couldn’t hit.

Who, might you ask, is the highest HS right handed pitcher drafted up to this point? Virginians might be pleased to hear the name of Vienna’s John/Jay Franklin drafted overall number 2 way back in 1971.

FRANKLIN, WHOSE fast ball reached 98 miles per hour in his prime, was gassing his best pitch by anyone willing to take the plate for the opposition in his days spent playing baseball in Vienna. He was on both of Madison’s first two state championship teams and was on the mound for the Warhawks’ 4-1 victory over George-Wythe High School in the 1971 state title game. It was a glorious year for the 6-foot-2, 180-pound senior who struck out 202 batters in 100 innings pitched and gave up only seven hits and 23 walks en route to a 29-1 career high school record making him one of the most highly sought after prospects in the country and an easy choice for high school All-American. As a senior, Franklin struck out 42 batters in 21 innings in just the regional tournament. He is listed in the Virginia High School League record books as tied for the record for the most strikeouts in a game after he struck out 29 batters in 14 innings in his senior year of high school.

At Madison High in Vienna, Franklin posted a career record of 28-1 with 363 strikeouts, three no-hitters, seven one-hitters and 15 shutouts.

Ah… and who was manning the pitch clicker on that 29 K day? Kidding of course… I was there and as awe- struck as all those at Fairfax HS. (now Paul XI) watching a “superhero” moment as pitch after pitch sailed over the top of wood bats wondering why hitters were constantly swinging below the baseball…a foul tip drawing applause from the crowd.

Needless to say 29 K’s in a HS game is one Va. state record we know will never be broken.

The 18 YO Jay easily blew minor league hitters away going 7-0, and with empty seats in San Diego, management decided to bring the young gun up. Considered insane today, major league teams often staged recently signed HS phenoms at the end of the year when teams were out of the race to fill the vacant seats. Anyone remember the Texas phenom David Clyde?

Imagine this… Jay Franklin went from pitching against a bunch of pimple faced HS hitters in a state championship, to the best in the business a few months later. From the Prom to Pros….needless to say he met his match when trying to throw a fastball by a guy named Hank Aaron (HR 638), and giving up a few more HR’s to proven fastball hitters like Darrel Evans.

Lesson learned…see you next spring.

However…as the story goes Jay felt something pop in his elbow when fielding a bunt making an off balance throw spring training next. Long story short…TJ was not perfected at the time and things spiraled out of control not long after.

No doubt “being in the right place at the right time” has much to do with the luck of how many points we garner on the heroic ledger. Had Jay been a top round pick today would TJ surgery have reloaded his cannon to continue on in our glorious battle?
.
Draft Day…THE day of truth or “Amor Fati”?

Amor fati is a Latin phrase loosely translating to “love of fate” or “love of one’s fate”. It is used to describe an attitude in which one sees everything that happens in one’s life, including suffering and loss, as good. Moreover, it is characterized by an acceptance of the events or situations that occur in one’s life.

Amor fati (lit. "love of fate") is a Latin phrase that may be translated as "love of fate" or "love of one's fate". It is used to describe an attitude in which one sees everything that happens in one's life, including suffering and loss, as good or, at the very least, necessary, in that they are among the facts of one's life and existence, so they are always necessarily there whether one likes them or not. Moreover, amor fati is characterized by an acceptance of the events or situations that occu...

Tyler Kolek already has thrown 102 mph. The Astros will not take him. They will go with Brady Aiken - LHP.

Thus sayeth the great and powerful all knowing Dino. 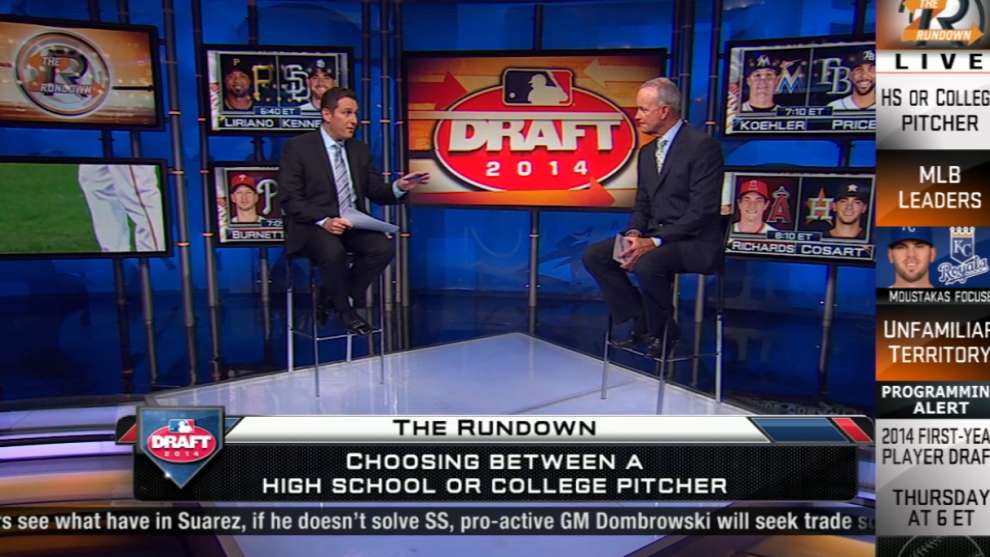 HOUSTON -- Tyler Kolek is unquestionably the hardest thrower eligible for this year's First-Year Player Draft, and perhaps in the history of the Draft. And if he's taken No. 1 overall by the Astros on Thursday, he'll make some more history. Never,...

Here’s the difference between Kolek and Aiken. Aiken gets to the major leagues way faster because he already knows how to pitch and he has gotten his velocity to the mid 90’s -. Don’t forget - he’s a lefty.

He’s going to need time in the minors for development and one thing ownership hates is being patient. In time, he may make an exciting pitcher to watch.

But Houston needs wins now to get out of the basement or they will quit putting butts in the seats.

Don’t count on the Nolan Ryan factor…I don’t think he writes the checks.

And if I’m wrong…I’ll be a horned toad jibber jabber!

MARLINS GET KOLEK BY DEFAULT[/b] :becareful:

This is an outrage! The EOFRHHSP (Equal Opportunity For Right Handed High School Pitchers) is assembling an “all star” legal team headed up by Shapiro and Bailey as we speak.

Really now…never in the history of baseball has a RH high school pitcher been picked #1 :?: :?: Clearly there is some sort of ugly conspiracy at work here and it’s time it got exposed.

Kolek is only 17 years old and is listed at 6’5, 260 with room still to grow. Works mid to upper 90’s and hit 102. More importantly he’s from Texas and his dad is a cattle rancher just like Nollie… who incidentally came to games to watch him pitch.

What more can a young man do? Tyler was brought up working a ranch, fishin in the pond, and eating beef, while that San Diego kid was doing what… throwing low 90’s fluff, doing yoga, eating tofu, and working on his tan while surfing?

Would love to have been “a fly on the wall” in Houston for this one… what’s that? Well then, through the miracle of modern technology, there was indeed a human “fly on the wall” for this one, and it has recorded some of the dialog leading up to this sad moment in baseball history.

Just shocking, to learn that there are still those that think in this backward manner. Soon all the “Fly On a Houston Wall” recordings will be released to CNN and no doubt heads will roll!:viking:

I can’t take credit for any intelligence or superior baseball knowledge. But I do know people and how they think.

There are lots of people sitting in State Corrections cells whose conviction rested on only one piece of evidence…a confession to yours truly.

That and it don’t hurt to be a little lucky.

Gotta go…Bauer is working out of another jam. :help: