Hope this brings about ideas and interaction. 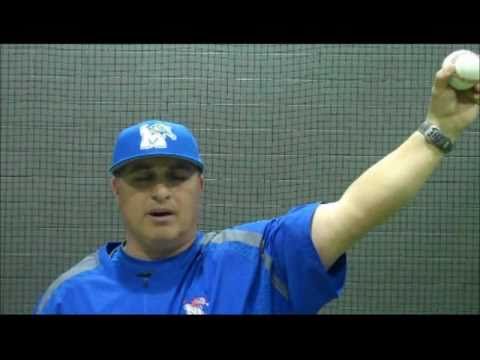 I threw a knuckle curve starting in college. Another pitcher (and future MLB draft pick) on my team who threw it taught it to me a few others - and, for me, it was a really good pitch because it got the index finger out of the way since it was tucked in.

I remember when at the age of 12 I wanted to try a knuckleball—but I couldn’t get anywhere with it because of the sharp karate-chop wrist snap I had on my curve ball. So I experimented with a few grips—and voila, the knuckle-curve! basically, what I wound up doing was using a couple of standard knuckleball grips, both two-finger and three-finger, and I threw my curveball with them. What that pitch did was come in there looking for all the world like a fast ball, and then it would drop suddenly, the way a glass will do when it falls off a table or a kitchen counter and hits the floor—a sharp late break, and the batters couldn’t do a thing with it. Incidentally, I think Mike Mussina picked his up the same way—as a kid he couldn’t do anything with a standard knuckleball so he too experimented with grips and came up with a beautiful knuckle-curve. That was, by the way, my second-best pitch—my first was a slider which I nicknamed “Filthy McNasty” after a character in an old W.C. Fields movie because that was exactly what it was.
As you can see, there’s more than one way to throw a knuckle-curve. In any event, it’s a beautiful pitch, and extremely difficult to hit…especially if one is a sidearmer, like I was. 8)

I have been throwing this pitch since I was 9, love it, it really is a nasty pitch. However I do flick my fingers out to get more movement on the ball. Just something to remember, when you finish throwing this pitch, like when my hand is down and across my knee, you want to finish with your thumb down otherwise the pitch stays up in the zone too much.

bringing Fred Corral’s Mastering the knuckle-curve to the top. Time for kids in the NE to get outside and experiment with different pitching grips.

My son uses this version of the knuckle curve currently in HS. He finds it very effective, especially as a power curve.

My son uses this version of the knuckle curve currently in HS. He finds it very effective, especially as a power curve.

My son has used this in the past in the same manner. But he forgets about it over the winter and needs gentle reminder that this is an easy and awesome pitch.