Rushing to the plate, is it really a problem?

Hey guys, me again with another question.
I try to gather as much information as I can, and I don’t care where it comes from, I will take it all. But at the same time, I just don’t take anyone’s advice and assume it is the truth, even if the guy has a PhD. I will listen to a high schooler just like I do from a pitching coach, but I will definitely look for those things I was just told on top pitcher’s mechanics.
With that being said, here is my thread.

So I was checking out some pitching mechanics, especially this one: 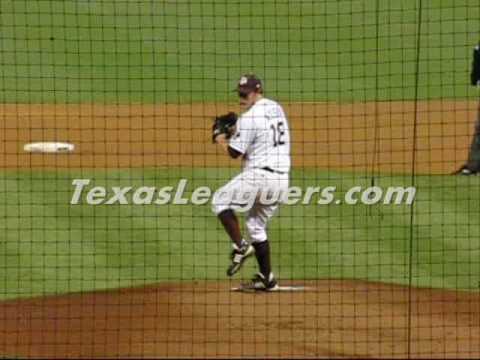 And the first thing I noticed is how little separation he gets. So I googled about him and found a scouting report on him
http://www.texasleaguers.com/home/2009/3/16/scouting-alex-wilson-texas-am.html
and see he is a good prospect and throws at the high 90s (94-98).
Ok. So as I was reading this scouting report the guy talked about some Mike Marshall concepts and this one called my attention: “late pitching forearm turnover”.

So the first question is: What is late pitching forearm turnover? I tried to search a little more about this but did not get the idea. And from what I could gather, most pitchers do this… is it really a big problem?

As I was searching about this term, I got to Chris O’Leary’s site. I know about the issues he had over message boards etc. so let’s try to keep this out of the thread.

Chris has a page all about what he calls “rushing”:

So the second question: is rushing really a problem? From my endlessly mechanics tests I found that if I get to the high cock early before my front foot hits the ground, my velocity decreases…

So I wanna hear your opinion on those questions.
Wow this was a rather big thread.

There’s a saying—"Ask old and young for advice, and then go back to your own good sense."
When Allie Reynolds first came to the Yankees from Cleveland, he was more of a thrower, had speed to spare but was rather wild and didn’t have all this stuff together. Ed Lopat joined the team in 1948, and he noticed this and took Reynolds in hand, taught him to slow down his delivery and pace himself better—and to change speeds on his pitches. Exit the thrower whose fast ball exceeded 100 miles and hour. Enter a very fine pitcher—whose fast ball exceeded 100 miles and hour. The point is that when a pitcher rushes his delivery, not only does he lose some velocity but also his control suffers.
I’ve seen many instances of pitchers who have electric stuff but can’t find the plate simply because they rush the delivery. Working fast on the mound is one thing, but rushing is something else again. If you’ve ever watched White Sox pitcher Mark Buehrle in action, you’ll notice that he works fast—but he doesn’t rush. He has a good rhythm working for him, he paces himself well—and he throws strikes. Lots and lots of first-pitch strikes. And he wins games.

I think what most people call rushing, we call getting as far and as fast as possible as long as your body can handle it. NPA believes that the faster you go, the less time there is for something to go wrong. Now that doesnt mean to go super fast, especially if you are not functionally strong enough. But that is more conventional than proven I believe.

When your shoulders start rotating before the arm gets to the high cocked position it forces the arm to move faster to actually throw the ball. The faster arm speed imparts more force into the baseball.

O’leary only says that it is a problem because the majority of pitchers with late arms have arm injuries, but he also neglects to say that nearly all of them throw upper 90s-100mph.

The arm is simply not built to throw a ball 100mph. This velocity combined with things such as overuse can really cause some problems. The arm action is not what causes the injury, its the velocity that comes with the arm action.

i didnt bother reading the article, but when i hear sombody talking about rushing, i feel that it means, the pitcher throws like he has a grenade in his hand, and just wants to get it out. its very important to explode out of your motion, but rushing is not a good way to be. when the coach says to keep your arm at a 90degree angle, i think he means that your arm is supposed to be straight behind your back, as if your arm is perpendicular to your ribcage. the late forarm turnover, means that his arm turns over as hes throwing the ball, as opposed to before. this is not much of a problem, provided that you can throw strikes.

for me, if you can throw hard, while throwing strikes, your mechanics are fine.

Ok, so from what I’ve read here, we are talking about 2 different rushing concepts.
One meaning “throwing like you have a grenade”. By that you try to speed things up and ends up with poor mechanics.

The one I was originally talking about is what wwRHP also talked and it is what Chris O’Leary talks about.
What I got from Oleary’s site is that, no matther if you have good tempo and rhythm, if your forearm is not vertical to the ground by the time your front foot hits the floor, he calls this rushing.

I agree with wwRHP, and just like I said, whenever I try to get my forearm vertical before rotating my shoulders, I end up losing velocity.

I think conventional wisdom on rushing has really taken a hit in recent years, especially with the advent and sucess of guys like lincecum, where convention says he should throw slow with poor command, but in reality he sits on 93-96 with great command, at 5’11 no less. I still think that rushing can be a problem for pitchers, but not in the way we’ve been taught, where going quickly means rushing. Rushing, to me, means trying to throw so hard that your lower body gets out ahead of yor arm, leavng the ball in a position where it has to be in the zone. To me it’s more of a pitch to pitch thing that can be fixes on he fly, most advanced pitchers don’t rush on a consistent basis. But that’s just my interpretation of the term.