Questions about the cutter

I’ve been wanting to learn how to throw a cutter, but I’m not really sure on a grip yet. So I was wondering if maybe you guys could show your cutter grips. It would help out a lot.

but I just grip mine like a 4 seam, then move my grip over to the right a few stitches, and put a lot of pressure on my middle finger. Just kinda let your index finger sit on the ball, no pressure.

so its like when you’re throwing a 2 seam, and you’re putting pressure on your index finger? except its your middle finger?

I remember the time when Mariano Rivera discovered the cutter. He had been playing catch with fellow pitcher Ramiro Mendoza one day in 1997, and suddenly there it was. It was a natural pitch, and Rivera realized he had something, and he refined it and proceeded to bedevil the hitters with it. He described how he threw it: his grip was like that for a four-seamer but off-center, and he put more pressure on the middle finger and just sort of flicked his wrist. 8)

here is a great article and video about how to throw a cutter like Mariano Rivera. 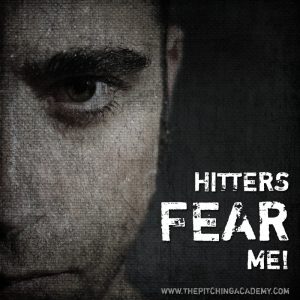 Mariano Rivera is arguably the best closer in Major League Baseball.  The amazing thing with Mariano is that he gets by with his one signature pitch, […]

There should be a picture on here, I have been using the cutter as my #2 fastball since I entered pro ball. Its just a shift in grip. Thats the beauty about the cutter is that you can throw it like a fastball.