Question about NPA study and where velo is generated

I read Tom House’s book “Fastball Fitness” and in it they produce a study in which participiants- youth, high school, and college throw from their knees and velocity radar readings are recorded. House’s evaluation of the participants found that elite pitchers throw with 40 to 60 degrees of hip/shoulder separation. The average velocity increase from the knee drill to pitchers mound was 15MPH. From that, House also concluded that about 80% of velocity was from hip/shoulder separation and 20% from stride, direction off the mound, and arm speed.

My question is, how can they assume arm speed to be apart of the 20% making up stride? Although by having his participants throwing on their knees, House eliminated the directional/stride part of the equation but he didn’t do anything to eliminate arm speed.

One way of making it a more effective study is to have the participants sit cross legged - shoulders continuously square to the target. That way you can see how fast each individual’s throwing arm moves without other influences such as hip/shoulder separation and stride/direction off a mound.

There is no denying House as a knowledgeable pitching pioneer, but I’m giving you some reasoning as to why arm speed isn’t one of three factors making up 20% of pitching velocity.

What do you guys think?

Are you sure about arm speed being mentioned? I have that book and can find no reference to arm speed being part of the 20% of velocity being attributed to linear elements of the delivery.

page 45 in House’s “The Art and Science of Pitching” states “our research reveals that almost 80% of velocity comes from hip/shoulder separation and about 20% comes from stride/momentum and arm speed.”

Different book than you originally referenced but you are correct.

That’s a good question and I don’t have the answer.

But I’ll offer my take on that study. Don’t get caught up in the numbers - just understand what contributes the most to velocity.

So the next question, also, is what can pitchers do to increase shoulder/hip separation?

That’s a good question and I don’t have the answer.

But I’ll offer my take on that study. Don’t get caught up in the numbers - just understand what contributes the most to velocity.[/quote]

Good point Roger, not every pitcher is the same.

House talked alot about this at the camp I took my son to in December.

Would love to see an answer to Steve’s question.

Yep, the link chew posted has the answer.

But to elaborate on that, we’re talking about more than just maximizing separation. However, we need to clarify one thing. The amount of separation that is possible depends on your flexibility. This differs from pitcher to pitcher. How much of your possible separation you actually achieve depends on other things.

What’s key is that you sequence things properly to get hips rotating before shoulders, you have good timing to get full separation (however much that is for you) as well as late shoulder rotation but without delay between hip and shoulder rotation so that the stretch-shortening cycle is maximized. And you also need proper strength in the core.

To take things a bit further, to have good timing you can’t do those things that tend to mess up timing like posture and glove problems. For example, pulling the glove usually results in early shoulder rotation.

granted its only a pic, but what do you think? see any common flaws? 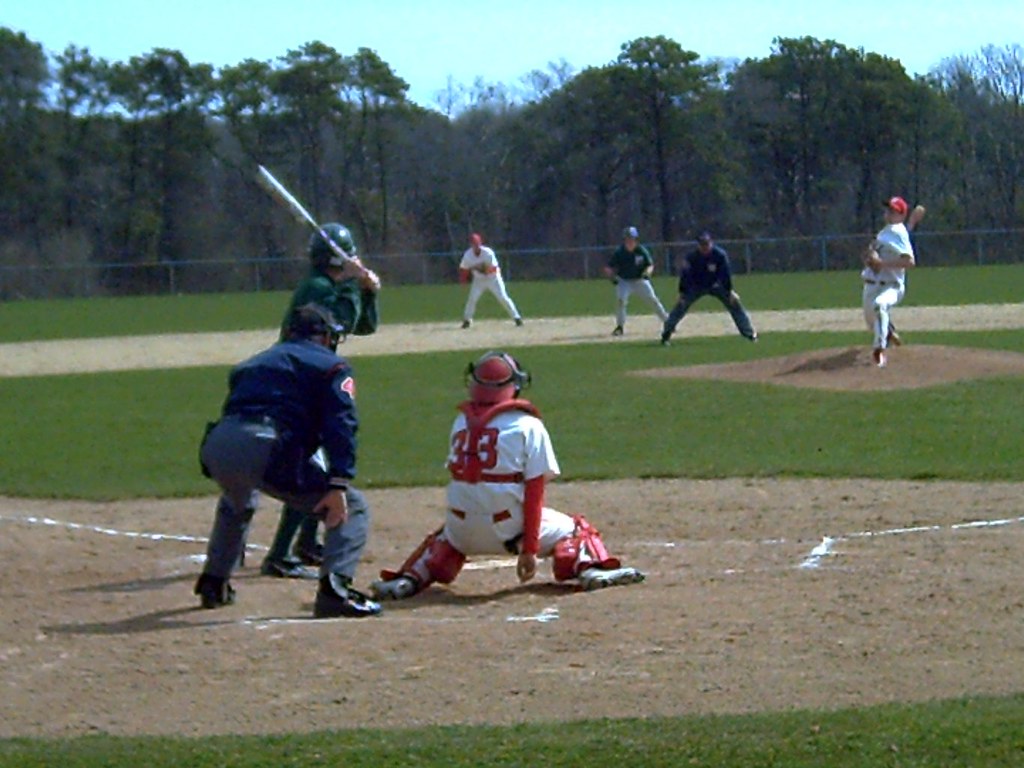 Can’t say for sure there’s any problems exhibited in that picture. A little bit of posture tilt that I’d want to pay attention to through the rest of your delivery up to ball release. And I’d be curious about the glove arm and, because of its positioning, your tempo/momentum.