"Kinematic and kinetic comparison of baseball pitching
among various levels of development"
http://darkwing.uoregon.edu/~jchien/03.pdf

Baseball pitching must be performed with correct technique if injuries are to be avoided and performance maximized. High-speed video analysis is accepted as the most accurate and objective method for evaluation of baseball pitching mechanics. The aim of this research was to develop an equivalent qualitative analysis method for use with standard video equipment. A qualitative analysis protocol (QAP) was developed for 24 kinematic variables identified as important to pitching performance. Twenty male baseball pitchers were videotaped using 60 Hz camcorders, and their technique evaluated using the QAP, by two independent raters. Each pitcher was also assessed using a 6-camera 200 Hz Motion Analysis system (MAS). Four QAP variables (22%) showed significant similarity with MAS results. Inter-rater reliability showed agreement on 33% of QAP variables. It was concluded that a complete and accurate profile of an athlete's pitching mechanics cannot be made using the QAP in its current form, but it is possible such simple forms of biomechanical analysis could yield accurate results before 3-D methods become obligatory.

"The Effects of Extended Play on Professional Baseball Pitchers"
http://ajsm.highwire.org/cgi/content/abstract/29/2/137 We examined radiographs of the elbows of the pitching arms of 79 professional baseball pitchers (mean age, 25.1 years; mean duration of professional career, 4.7 years) and noted the frequency and size 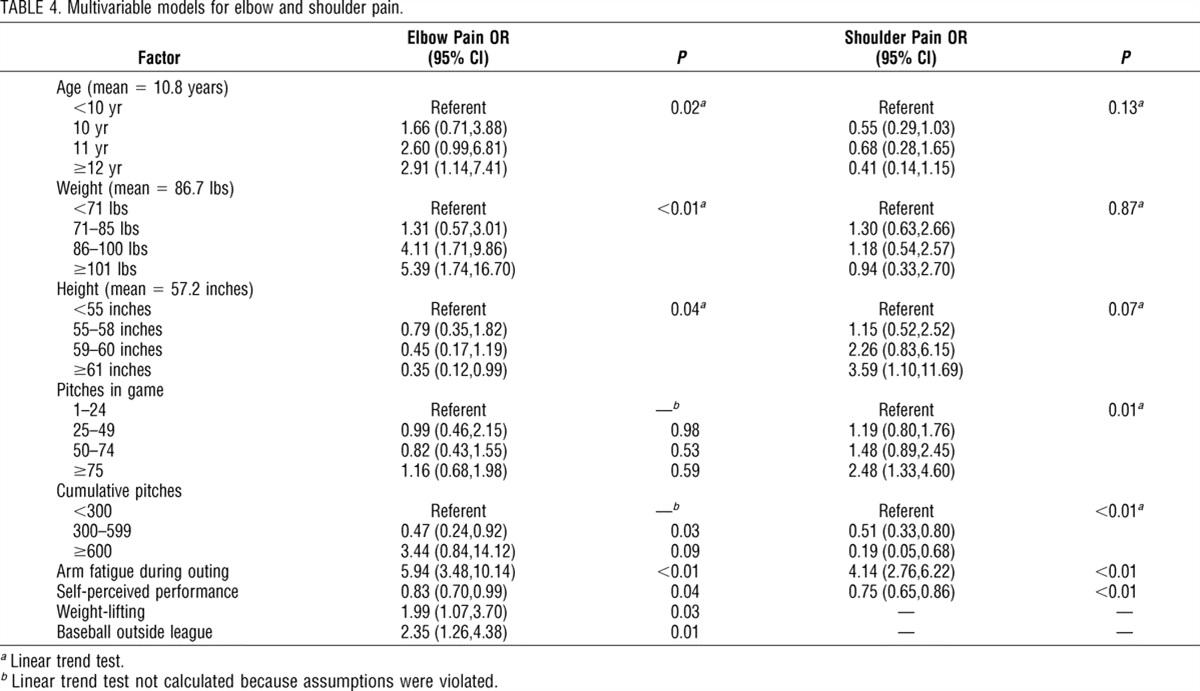 g pitchers have focused on the frequency and description of elbow injuries. The purpose of this study was to evaluate the frequency of elbow and shoulder complaints in young pitchers and to identify the associations between pitch types, pitch volume,... 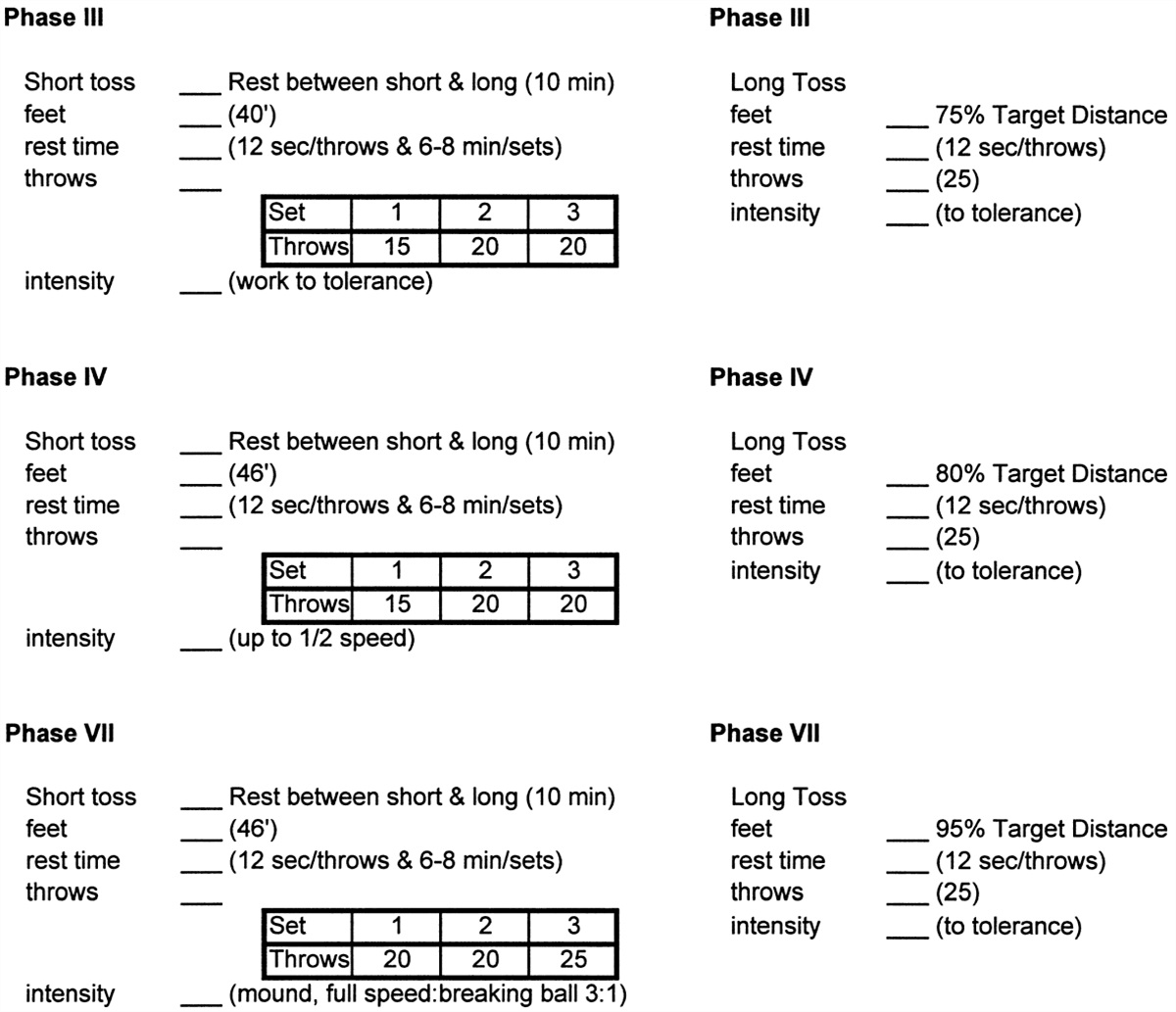 to the rotator cuff and scapular stabilizers in addition to a long toss throwing program may reduce injuries to these adolescent pitchers. Protecting pitchers who are capable of generating greater speeds than their peers from themselves and...

Efficient, sequential timing is essential for upper level pitching. Interestingly, pitchers vary considerably in timing related elements of pitching style including pelvis rotation, arm cocking, stride leg behaviour, and pitch delivery time. The purpose of this study was to determine whether relationships exist among these elements by examining the overall style of pitchers exhibiting different pelvis rotation patterns. Pitching styles were defined by pelvis orientation at the instant of stride foot contact. Pitchers demonstrating a pelvis orientation greater than 30 degrees were designated as 'early rotators', while pitchers demonstrating a pelvis orientation less than 30 degrees were designated as 'late rotators'. Kinematic and temporal differences were associated with the two styles. During the arm cocking phase, early rotators showed significantly greater shoulder external rotation at the instant of stride foot contact, earlier occurrence of maximum pelvis rotation angular velocity, and shorter time taken to complete the phase. However, by the instant of maximum shoulder external rotation, early and late rotators appeared remarkably similar as no significant difference occurred in pelvis and arm orientations. Therefore, it appears that early and late rotators used different methods to achieve similar results, including throwing velocity. Significant differences in throwing arm kinetics were also found for 10 of the 11 measures in the study. As the pelvis assumed a more open position at stride foot contact, maximum kinetic values were found to both decrease in magnitude and occur at an earlier time within the pitch.

Thanks for posting the links to those articles.