Performance Enhancing Drug Use and You

I don’t know what the steroid use is among high school players vying for college scholarships, college players competing for starting positions, draft eligible prospects looking to be taken higher in the draft or MLB veterans but I can believe it’s a far larger percentage than we imagine.

If you have intentionally taken some chemical or drug just prior to a baseball competition or performance, like ibuprofen for instance or a caffeine drink boost? Why couldn’t you justify using a steroid, amphetamine, or some other illegal substance? Is it what you take or is it why you take it that matters?

I don’t know what the steroid use is among high school players vying for college scholarships, college players competing for starting positions, draft eligible prospects looking to be taken higher in the draft or MLB veterans but I can believe it’s a far larger percentage than we imagine.

If you have intentionally taken some chemical or drug just prior to a baseball competition or performance, like ibuprofen for instance or a caffeine drink boost? Why couldn’t you justify using a steroid, amphetamine, or some other illegal substance? Is it what you take or is it why you take it that matters?[/quote]

Interesting post. I have no experience with anything other than iboprofin or whey. Natural, legal, and healthy stuff. But I have heard of guys taking stuff in high school to get bigger and stronger. Although, I don’t know anyone personally that has taken that stuff when I was in high school.

Side note: my buddy who went to high once told me that he could get HGH if he wanted from his uncle(who I believed worked in a gym, not positive though). Which kind of shows that if I really pushed to get some, I probably could have. So to the average high schooler, it could be pretty available.

I think you are right in saying that it is much bigger issue than what is thought. I believe that the issue is mostly with guys who are potential draftees or higher level athletes in general. But that’s not to say, that guys at a lower level wouldn’t try to get some advantage. But the stakes are higher, the higher you go.

The reason people are not allowed to take those substances are because of the long term side effects of taking those drugs. And they aren’t legal to get without a prescription.

You could try to justify taking it. If you’re recovering from an injury for example, but the bottom is that it is illegal to have or take them without a prescription and the ability for them to have and use those substances gives them an unfair advantage.

It would be like the pitcher starting an extra foot off the mound. It doesn’t directly lead to success, but the fact that you can do it and others can’t sure does give you a better chance of success.
A-Rod apparently was juicing all the back in high school and it worked pretty darn well for him. 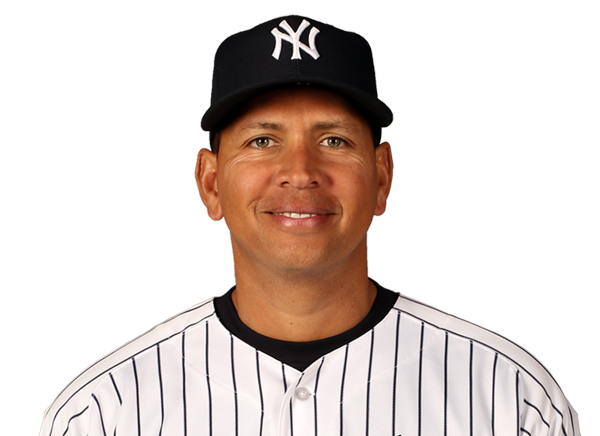 More allegations about A-Rod's steroid use revealed in new book.

[quote]Jose Canseco, a former teammate of Rodriguez, said in Roberts’ book that he believes Rodriguez has been using steroids since high school.

“Was he on steroids in high school?” Canseco said in the book, the Daily News reported. “I think probably so. I worked out with him when he was 18. He could lift almost as much as I could.”

Rodriguez put on 25 pounds of muscle between his sophomore and junior years. Former high school teammates told Roberts that A-Rod was using steroids back then and his coach knew it – an allegation the coach, Rich Hoffman, denied.

On Patrick’s radio interview, Roberts said that based on the sudden improvement in his bench press (from 100 to 310) in just six months in high school, and "in conjunction with the reporting that I did with [his high school] teammates would make it irrefutable to me, not a ‘may have,’ " that Rodriguez took performance-enhancing drugs in high school.[/quote]

Another interesting note from a teacher I had in high school .

He played in college and NFL right around the time the steroid era was big. 90’s and 00’s. So he is knowledgeable about all the stuff that was out there. He told us stories about how banned substances are continually put out on the market for people. He told us that one or two chemicals is changed when the product gets banned, and then the ‘new’ product is then sold under a different name. And this keeps happening forever.

He also told us some stories about stuff he took. One of a drug he took, which gave him crazy energy, but then made him pass out for almost an entire day. Which leads me to believe that he experimented with supplements, but stopped using any stuff that was natural or legal after that happened. He was a health/phys. ed teacher, so I would hope he practiced what he preached.

Seems like the drug makers will also be a step ahead.

My former teacher’s name is Bobby Jones. He won state twice in wrestling while in high school. Went to Penn State and played football under Paterino. And played a couple years in the NFL as a long snapper.

After his brief career, he also did some MMA stuff. Although he only had a couple of fights, he dominated them. Here is his MMA profile. A short bio about him and one of his fights. You can see from the video that he is a massive dude. He’s 6’5 and 270, 280. Nearly all muscle.

Former NFL offensive lineman Bobby Jones to try out for "The Ultimate Fighter" -...

Former NFL offensive lineman Bobby Jones is slated to try out for the upcoming tenth season of The Ultimate Fighter. FiveOuncesOfPain.com learned of the news from a source close to the fighter on Tuesday afternoon. Spike TV and the UFC have scheduled...