Looking for some tips for my son (aslo me who hasn’t pitched in 25 years). 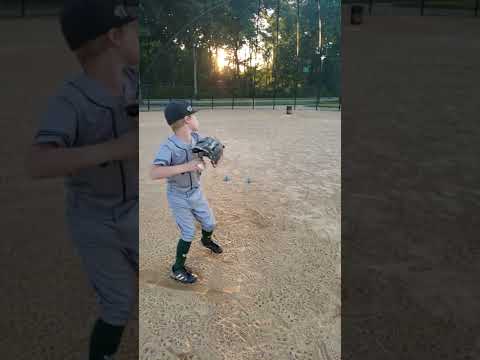 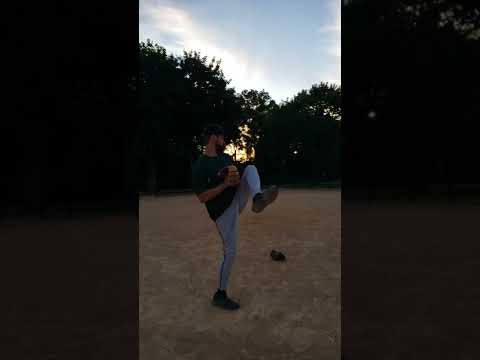 Colin starts by “over early counter rotating” past the field driveline (imaginary line that runs from second base to Home plate thru the center of the mound) This has him correcting it back towards straight but not all the way causing an intuitive centripetal imperative that has him direct his Humerus low when the power turns on with his forearm flying outwards. This action has him intuitively Forearm supinate his drives (see the ball break left) , one of the worst pathomechanics on the Elbow.
The counter body rotation also works to overstress the ligaments around the shoulder capsule eventually loosening it up called laxity, then the rest.

Mitigation comes when he learns to align his shoulder and Pelvis above the field driveline.

Then drive all pitch types with Forearm pronation where you will see his Elbow pop up and the ball tailing towards the ball arm side of home plate.

Rob has good rhythm and reaches back but to far. then he quickly extends his Elbow and locks it in.

This is a breakdown in the kinetic chain at the Elbow that would better articulate and become whippy if he kept a slight bend at the back then immediately raise the Elbow with the Elbow still bent some. (20 to 30 degrees is preferable) when driving the ball “inside of vertical” to better pronate his pitch types.

This is great, thank you!

Re Collin, a few changes will help him.
It’s better we talk, too hard to type it.
My email is pauljoehooker@gmail.com
if you want to schedule a few min chat. It’s pretty simple what he is doing incorrectly.

I’ll start with my thoughts if I was coaching the youngster.
At set up, he is already starting with his posture leaning back (towards first base), I would prefer to see him more upright, maybe even a bit of a hip hinge towards 3rd base. He looks fairly balanced left to right and from the best I can tell in the clip, he doesn’t break posture much if at all during delivery, that is a good thing. I’m not a fan of big turn towards second. I know its a fairly traditional teach and many have success with it, but I would maybe focus more on getting the front butt cheek pointed towards the catcher and feel like he is sitting the front cheek into the catchers glove. After that I would probably move to the front (glove) arm. Getting into a strong “power position”/“Opposite and Equal”, “T elbows” and get that front should leading uphill, then keeping the glove up and centered all the way through. There are other things I would work on further down the road, but those would be my first fixes.

As to the adult. Either strengthen the core so you are not going off balance during that super high knee lift, or lower the knee lift so it doesn’t cause the lean back (toward 1st). Same as the above with the glove arm. Last it appears you are striding pretty open which will lead the hips, then shoulders to open and either cause a shorter release and high pitch or a cross body throw to the right.