I have noticed when I hit, I am starting to swing slightly upwards and has been causing me to miss pitches and was wondering if anyone had any good drills to work on keeping a level swing when hitting?

I’ve noticed two things that’ll cause an upward swing towards the ending swipe path of the bat. The first is a wide open stance. The second is when the leading elbow is raised high and the back elbow is pointing downward.

Hence, two pitches come to mind that are sure to get the batter to swing and miss. For the wide open stance, it’s a pitch that’s down and away. For the high front elbow up and the back elbow down, it’s the slider.

To address your question more directly:
(1) set up a batting tee
(2) place a video camera so that your side view is recorded
(3) with a squared stance in the batter’s box, try various elbow positions with respect to where the front and back elbows are positioned
(4) then try various feet placements in the batter’s box - open stance, back foot back, etc.

On the other hand, I would assume that during the growing years, your muscles and body overall are changing, along with other mandates, thus this could also contribute to changes in your physical performance.

Just to avoid any confusion, by “open stance” I mean when the batter’s front foot is placed off-set, so as to open the body to the pitcher. The picture below should clarify what I mean. 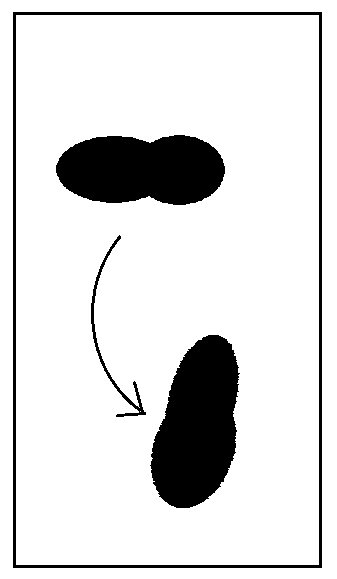 So should I try a closed stance and see if that helps level out my swing?

In order for any suggestion to be worthy of giving you the results that you need, you first have to have a foundation, or starting point. That’s why I suggested taking a video camera and taping your current “at bat”. See what your current foot placement does to your swing. Also, take note of your front and back elbow positions.

Try each stance and see how your bat swipe starts, continues, and finishes it’s swing.

You’d be amazed at the different swipe patterns that influence your bat swing. In addition, each placement is used for a reason - deliberately.

Next, try these arm postures and again, notice the influence on your bat’s swing.

Take special note on the video of exactly what your bat is doing and what its not. If you need help, ask your parents to pick apart your video.

Now here comes the really neat part of this set of drills. Put a baseball on the Tee and watch where the ball goes, and how the ball’s flight is impacted.

A batter that masters this part of being “at bat” is a pitcher’s nightmare.

You don’t want to swing a level bat. You want the bat head at a -20 or -25 degree angle to the knob. Post a video so we can see if we are talking about the same thing. I’m pretty good with hitters.

WiseGuy
Your interpretation of how you swing and the contact point at which you seem to have the greatest success depends on where your contact is.

So, depending on where you make your contact with the ball - and a lot goes into what your chasing at the time, your swing will vary greatly from pitch to pitch. In fact, if your pitched a ball down and in, you’re more than likely to swing with a signature that’s dictated by your body’s total posture at bat. Hence, balls being hit on the narrow neck of the bat have a look that resembles a “flat” swing. If on the other hand, you’re trying to make contact with a breaking ball -hard in or lazy, your swing will be totally different.

I referred you to various body styles when at bat in an effort to get deeper into the physical characteristics of human motion and the associated tendencies of that/those motions.

In any event, like Coach Paul suggested, post some video if you can. Use a batting tee with your customary “at bat.”

Thanks for the responses. I will try to post the video when I have the chance.