And they think he “may” make the Hall

This from Justin McGuire Sporting News;
Two-time Cy Young Award winner Roy Halladay has retired after 16 seasons in the major leagues with Toronto and Philadelphia.

The 36-year-old right-hander signed a one-day contract Monday to retire as a member of the Blue Jays, where he spent the first 12 years of his career. He made the announcement at a news conference at the winter meetings in Orlando.

The eight-time All-Star played for the Phillies from 2010-13, finishing with two injury-plagued seasons. He won an NL Cy Young Award in 2010, throwing a perfect game that season and a no-hitter in his first postseason game.

If he played for a different team for most of his career I’d be willing to bet he’d be closer to 250-275 wins.

Was great watching him in TO

Fergie Jenkins is comparable and he is in the hall… 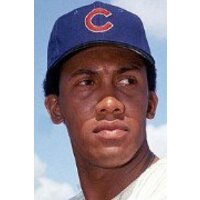 ironic that he was voted the greatest pitcher in Canuck history :shock:

This is the part of baseball tradition that gets to me. It is such a stats driven game there were be people (most likely idiot writers) who will see 203 wins (I found him with 206) and say he is not close enough to the magical 300. That is sillyness. As stated before the teams he played on certainly made a big difference in his total.
The man is a HOFer in my estimation. Other things need to be considered when thinking HOF is all sports, performance, era in which the person played, team performance and its impact on the players numbers, the players impact on the game when he played and yes stats.
Looking at another sport, Todd Christiansen is a HOF TE for football in my book. Helped change the position and how it is played now. His stats dont match up with modern players but the rules were so different then (real football rules) passing stats now should have the dreaded * next to them……but, thats a different conversation.
Him collection just over 200 wins reminds us how amazing 300 wins is in the modern era.

[quote=“jdfromfla”]… signed a one-day contract Monday to retire as a member of the Blue Jays, where he spent the first 12 years of his career.[/quote]I’ll always respect him for that. A class act.

Shuld he be in the HoF? Absolutely, he is one of the icons of pitching in the last decade.
Will he make it in? No so sure. The HoF voters seem to be stuck on numbers and just looking at paper numbers Docs are not what they consider HoF numbers. I sure hope when the time comes they take into account Docs status in the game and all other intangibles.

Definitely should be in the hall!