During game one (1) of the National League division series, Dodgers’ relief pitcher Jonathan Broxton shut the door on St Louis to win the game for the Dodgers 5 - 3.

During Broxton’s appearance, with runners on, did Broxton double set during his motion - or - was his motion considered his normal delivery? If his motion was considered his “normal” delivery motion, what exceptions do you thing were being made … if any.

If you copied Broxton’s style during a game, with runners on, in the league(s) that you competed in, would you be called for a balk? 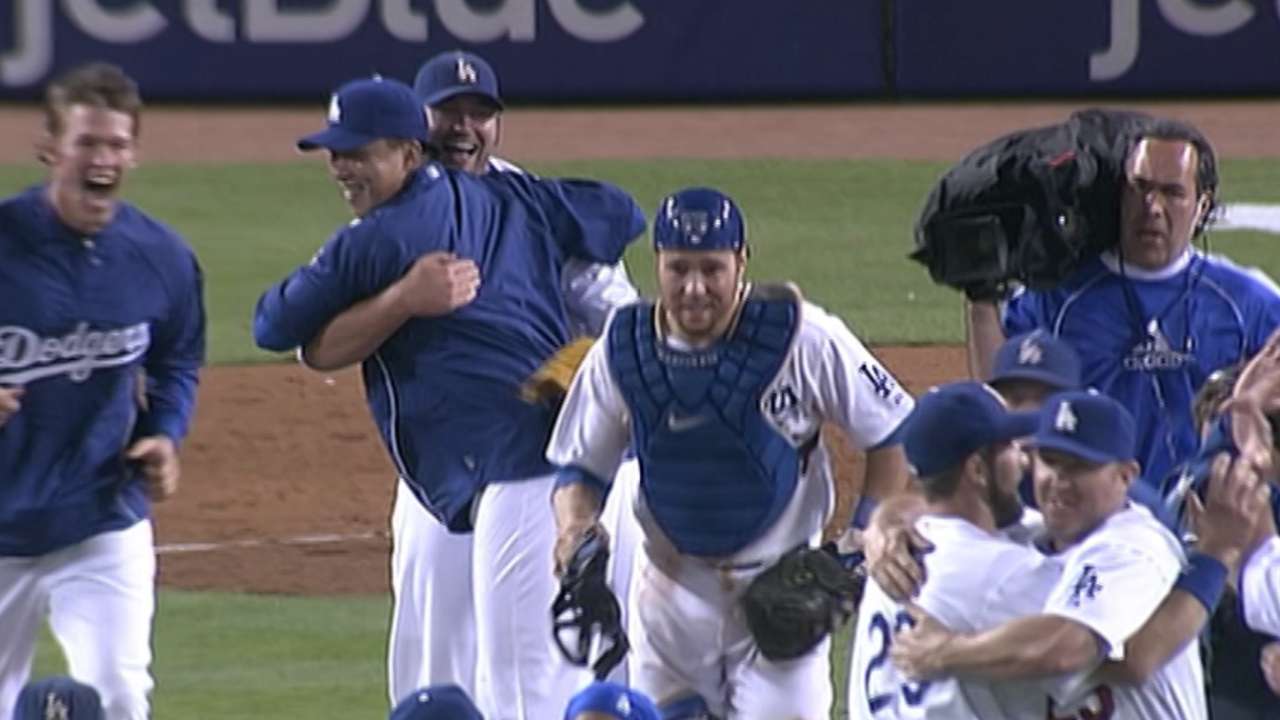 10/3/09: Jonathan Broxton induces the final out of the ballgame, as the Los Angeles Dodgers clinch the 2009 National League West title

If he does the motion every time, it’s not a balk. There was a guy in the majors(not sure if he’s still around) but he used to set by lifting his leg like he was about to pitch then set and then throw and they wouldn’t call a balk even though it was very close to a pitching motion because he did it every time. Now if he ever changed that and say didn’t lift his leg and just came to a normal set, that(for him) would be a balk.

Would the first time be a balk? How about the second time… third…??

I’d be very interested to see the posting from the distinguished list of board certified umpires on the subject … any board.