I’m having some difficulties keeping my emotions in control on the mound and I was wondering if anyone knows what could help me become mentally tough like Derek Jeter? Thank you.

That’s someone you should model. Even when he blew the game in the world series he never flinched a muscle, didn’t throw his glove or hit the water jug nothing. But…he did more than just lose the world series. He saved a life. Read it.

[quote]“The victory parade that would have taken the Yankees up New York City’s Canyon of Heroes for the fifth time in six years was canceled, so Enrique Wilson, the team’s utility infielder, decided to change his flight home. He was supposed to return to the Dominican Republic on Nov. 12, eight days after the end of the World Series, but moved up his departure a few days. He was at home when he heard that American Airlines Flight 587 – the plane he was supposed to be on – had crashed in Belle Harbor, a neighborhood in Queens. Two hundred and sixty-five people were killed in an accident that shook a city still reeling from the Sept. 11 terrorist attacks.

When Wilson saw Mariano Rivera in spring training the next year, the reliever expressed great relief that Wilson was still alive. If Rivera had held the lead against Arizona, Wilson would likely have been on Flight 587. “I am glad we lost the World Series,” Rivera told Wilson, “because it means that I still have a friend.” For Rivera, this was further confirmation that they were all subject to God’s will.”[/quote]

Just goes to show there positive in everything negative.

Take a look at the last post in my Log, you will see that I experienced some unfortunate luck but I’m still positive didn’t move a muscle after and I’m looking forward to getting a lot better.

Hey, Matt. U got a good Idol 4 that. Basically, just keep your cool. If some1 hits a homerun off u, just think,“OK, that wasnt good, but this game isnt over, and Im not done yet.”

Thats how I think all the time, wen something bad happens, all I do is think its not over yet. Cause if u start thinking’ “Aw, I cant believe that happened! How did I give that 2 him!?” U’r gonna start upsessing with it, and if u do, u wont focus on this next batter and u could make the same mistake. I can think of a few pitchers that do do this, and they do horrible 4 a while.

jeters by far the most overrated player in baseball. hes had good years in the past but hes not that good anymore.

CTBlaze, you reminded me of a story about Jay Hook. He was a pitcher with the 1961 Cincinnati Reds, and his problem was that he did not trust his stuff. One day he started against the Pirates, and they ate him alive—lambasted him from here to Timbuktu and back, converting all his pitches into line-drive extra-base hits. When he was finally removed from the game he returned to the Cincy dugout and sat in a corner bemoaning the fact that his fast ball had deserted him. In vain did fellow pitcher Jim Brosnan try to explain to him that nobody has all his good stuff every time out, that you have other pitches to throw and you should use them when your fast ball (or whatever your best pitch is) isn’t there. He might as well have been talking to the wall; Hook just sat there and moaned, over and over, "Without my fast ball I can’t pitch."
He didn’t last long in the majors after that.
I had an incredible pitching coach way back when. One of the things he kept emphasizing to me was “Trust your stuff.” I didn’t have a fast ball to speak of, so I had to go to the breaking stuff early on and become a snake-jazzer—and I had very good stuff. I think that this fellow who is having problems with his confidence and all that should stop and take a good long look at what he has, what his best pitch is and how to use it—and he should disregard all the contradictory advice he’s been getting and learn to go with his own best instincts. He’ll come out all right.

jeters by far the most overrated player in baseball. hes had good years in the past but hes not that good anymore.

Dude he’s a winner, he leads, is he the best SS ever to lace them up? No way… but he is a winner, he breeds winning, people around him are better for it. And he is cool as a cucumber (I’m a Cub fan so this isn’t biased, but I am a student of the game and he is an incredibly rare bird…Don Mattingly wasn’t the best 1st baseman but he also was a winner and a leader…Thurman Munson…was another…this is Jeter’s legacy)…it is for this reason that he is the captain of that squad.

As to controlling emotions…you have to be aware of yourself, start looking for what triggers your emotionalism and look for ways to divert it…as you feel emotion rise, step off, rub the ball down, think about what is next not what has happened…no easy thing, but like everything the more you practise it the easier it gets…the key IMHO is that self-awareness…I also want you and all the posters that read this to consider this…anger never provides a positive result, it induces a loss of personal control, which can lead to injury (Aramis Ramirez broke his ankle succumbing to anger and jumping into a fight), it causes others to know what bothers you…which will always be used against you (I used to love to see a stud pitcher get “mad”…we’d make sure he got a whole bunch more of what tic’ed him off) and it shows you in the worst possible light…I can think of really nothing positive that can result from getting “mad” or “angry”, unless you are that kid from the movie “A Christmas Story” and some bully hits you with a snowball in your face…as a pitcher it should be your goal to banish it from the picture you present.

I’ve said this story somewhere about when we faced a kid his team messed some stuff up with a first and third play letting a kid score and another at second be safe. He got so frustrated with his team I said if this balls anywhere close I’m going to hit it into the outield. Sure enough Eye level fastball lined into left field. Guess where that guys next trip was? Not to the rubber…

To all concerned:
You might be interested in this little item about nerves—and about Ken Griffey Jr. who had just been traded from Cincinnati to the Chicago White Sox. He played center field last night, and he was as nervous as a cat—but he didn’t let it get in the way of his going 2-for-4 with two ribbies and a run scored. He just took a deep breath and decided he was going to give it everything he got, and he was instrumental in the White Sox’ victory over Kansas City, 4-2. I watched that game (courtesy of MLB ExtraInnings), and not only did he go 2-for-4, he also made some spectacular plays in the outfield. And here’s the thing: he had been in right field all these years with Cincinnati, and now here he was playing center field for the White Sox, and he took to it like a duck to water. That’s professionalism for you.

Sometimes I get nervous and its just random. Like I went 3 games in NY and 4 games down south on varsity. Then we came up and had a game on a saturday and for some reason I felt like I was going to throw up I was so nervous. Went away as the game started. But we played a horrible team too. Then this summer one game I got nervous and no clue why. Same feeling like I’m going to throw up. Its not even consistent.

Is there any online articles/websites/books that could help me with my mental game? 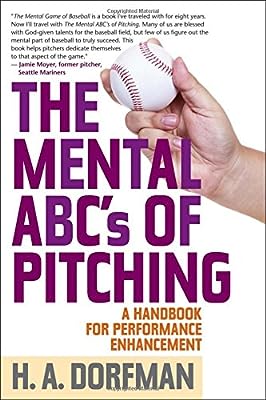 Author H.A. Dorfman brings his years of expertise as instructor/counselor with the A's, Marlins, and Devil Rays to provide an easy-to-use, A-to-Z handbook which will give insight and instruction on ho ... 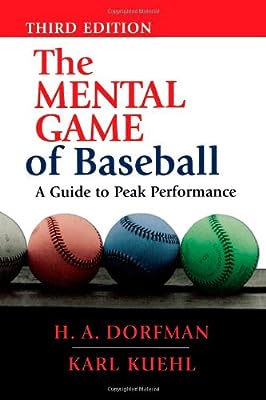 Without a doubt the classic guide to mental performance enhancement for baseball. Here in the third edition, authors H.A. Dorfman and Karl Kuehl present their practical and proven strategy for develop ... 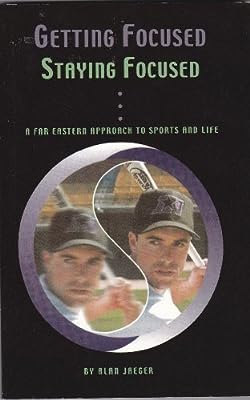 Pages clean and unmarked. Slight wear from time on shelf like you would see on a major chain. Immediate shipping.

So out of all of those, my first priority should be to get The Mental ABC’s of pitching?

Steven said his favorite book was “Mental Game of Pitching,” so if your going by his opinion get that one first. Same author as “The ABC’s…”.