Hello. Recently I’ve been undergoing a program to help increase my pitching velocity. The past couple days I’ve been experiencing tightness in my bicep when I throw the ball. Is this normal? I’m in 10th grade and my high school tryout is next week and I really need to have good velocity to make the team. Is there anything I can do to make the tightness go away by then? This tryout could make or break my future in baseball so I definitely need to be 100% for it. Thank you.

First off, no. This tryout will not make or break your future in baseball, no baseball career was ever based on highschool baseball. No Pressure dude, just play the way you usually do. there are over thousands of college teams, you can always find a place to play.

With your Bicep make sure to roll it out everyday and stop throwing immediately. You could apply heat to your bicep make sure you really stress it out. 1-2 days before the tryouttry light tossing to check your condition, if it’s still bad try taking an advil before your tryout. don’t abuse it though.

Before taking any medication, regardless how general or over-the-counter it may be, make sure your parents have a handle on your experiences and consult them repeatedly on any physical and emotional problems that you encounter. I know that sjlp9 only means well, however this is not a web site that offers advice on medications and related medical matter. No one here has a pulse on you physical or medical history and anything close that orbits that subject(s).
I am not a mechanics coach, but from my experience, bicep difficulties usually focus on “chain” timing of muscles and movement. Over dependence on the bicep during pitching is a common issue resulting in bicep fatigue.
I’d also like to add that your preparation and conditioning prior to, and after workouts on the field, can place way too much demand on your body, when your body isn’t ready for such demands.
Another consideration is your overall physique. Body types - tall/thin/- tall/muscular - athletic/proportional, and basic body composures - stocky, proportional unbalanced, and so forth, must be isolated and coach appropriately if your to benefit with your development and progress.
Can you answer me this - Does your high school offer or provide any screening with respect to your pitching?
Do you have any pre-tryout views from any high school coach? Any development sessions offered?

No there’s no developmental sessions or screenings before tryouts.

“I’ve been undergoing a program to help increase my pitching velocity."

If you perform with a pathomechanical approach, expect much more injurious stress than you are used to.

“I’ve been experiencing tightness in my bicep when I throw the ball.”

Should using the Bicep during a throw occur?

The bicep flexes the elbow, when the elbow should be extending by triceps flexion.

It’s been a proven Kinesiological pathomechanical call out for some time now that with the traditional approach the Triceps are shut down during forearm drive because the Biceps are firing off eccentrically (contraction while lengthening) at this critical moment, making it one of the breaks in the Kinetic chain of this approach.
You are actually feeling discomfort in your Brachialis that lies right beside the Biceps !

It is caused from one of the main pathomechanical effects of this approach, supination of the forearm with most pitch types intuitively produced by “forearm fly out” where the Biceps and Brachialis fire off to stop the ballistic crash of the non voluntarily extending Elbow and fails in doing so while grade tearing that muscle group.

98 % of pitchers perform in this manor, so this problem shows up a lot.

“ Is there anything I can do to make the tightness go away by then? “

All you problems will go away and you will be able to develop more Velocity when you learn how to “voluntarily forearm pronate your pitch types” and throw “inside of vertical” instead of “outside of vertical”, the way you perform it now because the Triceps are now extending your elbow.

There are a few things during motion that can cause bicep pain / tightness, but the most common problem is dropping the elbow below the shoulder upon releasing the ball. Keep elbow above shoulder and keep hand behind the ball; get a two seem grip and whatch to see if seems are going straight and not spinning sideways. From former college pitcher and current pitching coach

Thanks for the advice. My two seamers come out the way they are supposed to so that’s not an issue. Now I don’t drop my elbow when I throw but I did when I was younger so maybe that caused this.

Get someone to video you then post if you can. Seams not seems; in my haste to get posted before players arrived for BP session. Anyhow, hope you get it fixed before tryouts. Let us know if that was the problem and how tryouts go. Good luck

This is an oversimplification of what’s going on with your arm:
1.) The triceps extend the forearm at the elbow joint, which means it functions to straighten the arm.
2.) The purpose of the biceps at the elbow is essential to the function of the forearm in lifting.

I know this is over the top with simplicity, but basically, when you pitch, your body has to use every inch of every muscle and muscle group as it is designed to function at the top end of each/their mechanical advantage. Hence the reason for Dirtberry mentioning voluntarily forearm pronate your pitch types. In other words, by pronating, you’re actually allowing your triceps to accept more of the load supporting your pitch and your arm’s motion into that pitch. 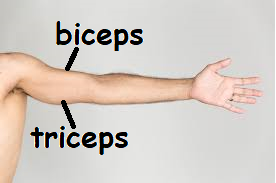 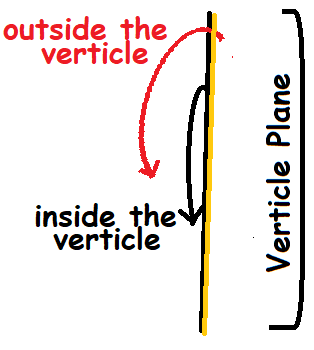 Coach Baker thanks a lot for your very informative answer. lots of useful information yet easy to understand and keep in mind. i’ve been having similar thing a while ago and i was thinking to buy injectable steroids as i heard that this can help. never done it though but i’m thinnking. and i’m very thankful to your post. been getting same thing for a while now…

Thank you for your kind words. Although I fully understand the process and the complexities involved in choreographic and physical dynamics of the pitching process - everyone is very unique to that process.

One of my very first jobs was bringing along what we called “sponsored futures.” These players didn’t really have “it” to be on the “books”, but, they showed enough promise to bring along during the season. Now in some leagues this is not permitted because of abuses just waiting to happen. But in any event, it taught me a valuable lesion in human dynamics and missteps in placing the same template over everybody.

Case in point -I had a 240 pound potential that could literally throw a ball 105mph. No bull. But, try and get this individual to maintain himself on the mound was another story. His girth and his lack of coordination was a skit right out of Laurel and Hardy. This guy would have been the all American Balk in the making. Besides, his control was great - he could nail any batter on any part of the body, given half the chance.

I worked with the man for five months, six days a week, after my normal responsibilities. He would never get through a Tom House Pitching Course, but the guy could pitch. He stared the following season going 6-0, and he could cruse all day at 97mph, right down the middle.

So why wasn’t he out of our domain and in the franchises - simple, he had the physique of a duck pin. In short, he was fat and not the best display of a professional.

Basically, everyone brings something different to the table when trying to work out some sort of condition with pitching. Then there’s the environment that a pitcher has to contend with and intangibles like is he a hot weather guy, can he produce on the road as well as at home, does he have personality issues, is he a deck of cards just waiting to be shuffled, and so on.

So asking questions here about velocity, mechanics, do-this-do that, leaves a lot up in the air from our point of view when answering said questions.

On the other hand, it amazes me how helpful Roger, Coach Paul, JD, Dirtberry and others are when responding to questions and videos. I hesitate doing so because of the interpretation of advice and the contra-banter that can result… thus confusing the issues being addressed.

In any event, thank you Allery for you kind words.