I’m not a huge football fan but it gets me through the off-season, what do you guys think the BCS games will look like this year? Because I’m kind of a Mountain West guy I hope TCU gets a shot at Alabama even though that probably won’t happen. Predict some outcomes too, make it interesting.

The Fiesta Bowl matchup of Boise and TCU is a complete cop out by the BCS it’s pisses me off to proportions that defy the laws of physics.

I pretty much agree with you. How do you expect Texas to beat Alabama when they came within a second of losing to Nebraska? I know Nebraska had a good defense but Alabama held Florida to 13 points they’re defense is even better. If Nebraska would have had a mediocre offense they would have won. Again the BCS failed.

Nebraska should have won, the Big 12 rules clearly state the you may not review time on the clock and that the only scenario in which time can be added is if the result of the play is reversed.

I didn’t know that, that sucks the reffs didn’t either.

Boise State will beat the hell out of TCU, sorry.

I live in Texas and anyone that knows the horns and Nebraska knows whenever they play its a hard tought grind it out battle, so that game was no shocker. Also the BCS is just the rankings, the bowl game match ups are picked by the bowl not the bcs, so blame the bowl for wanting a great matchup. I dont like the boise vs tcu but its intriguing go tcu btw haha. Oh and Ohio State will rape Oregon, go buckeyes!!!

Boise State will beat the hell out of TCU, sorry.

Right, TCU should be playing for the national championship but instead the Horns got in on an illegitimate victory.

I know the bowls (besides the nat’l champ game) pick who they want but don’t tell me it didn’t have anything to do with the BCS not wanting to be busted.

Kevin you haven’t seen this horned frogs team play if you think Boise will win, Boise has played one ranked team, Oregon who is from an extremely overrated Pac 10 and TCU has beaten Clemson, Utah and BYU, the Utah and BYU ones were blowouts I might add.

BSU’s best victories are Oregon, Tulsa and Nevada, come on.

Alabama and Florida have beaten LSU, whoopdi doo, who gives a shit, at least I’ll give to Bama they went out and got V-Tech.

Texas’ best wins were OKst, OU and Nebraska, pffft, their best out of conference game was Wyoming.

Cincinatti, what the hell are they doing at #3? They’re 13-0 yes but look at the games they’ve won, they’re margin isn’t near TCU’s.

One last thing to add, TCU’s the only team with a top 10 offense and defense in the NCAA. There is no reason for them to not have a shot at the title

I agree with you pustilio, TCU shoulda had a chance at the national title, but since the BCS is about favoritism, texas who should have lost and barely won will get that chance. TCU will mop on Boise St. sorry kevin

TCU wouldnt put up a game against tcu, Texas actually would have a chance, tcu plays in the mountain west, good but not greatt. I like TCU but they dont deserve it as much as texas and alabama or even floridaa

The reason I am picking Boise State is that I am a fan of Boise State. I don’t need to be put to death with stats.

TCU wouldnt put up a game against tcu, Texas actually would have a chance, tcu plays in the mountain west, good but not greatt. I like TCU but they dont deserve it as much as texas and alabama or even floridaa

Really TCU wouldn’t put up a game against themselves?

Texas is not the #2 team in the nation, they had that Nebraska game handed to them by the men in stripes.

TCU plays in the Mountain West which has three ranked teams and by the way they have beaten more ranked teams than Florida or Texas.

3 big wins include Clemson, Utah and BYU. TCU has an extremely high margin of victory.

I’ll say right now Bama is the best team in the nation and kudos to them for scheduling V-tech this year. They went undefeated and therefore deserve it more than Florida. Utah ended up #2 last year and this TCU team is way better than last year’s Utah.

Maybe you should watch the MWC before you bash it, and how do we know the SEC is any better when their only out of conference games are against Charleston Southern, Louisiana Lafayette and Florida International?

The BCS is a load of crap that needs to end, this bowl system is ridiculous. TCU is at least deserving of playing a BCS conference school to validate their greatness not another non-BCS school where if they win everyone will say “It was just BSU from the WAC” and if they lose “See they couldn’t even handle BSU”. Same goes for Boise, that’s what will happen.

The MWC has more BCS bowl wins than the ACC and the ACC has an AQ by the way.

Can you believe congress is getting involved with this? 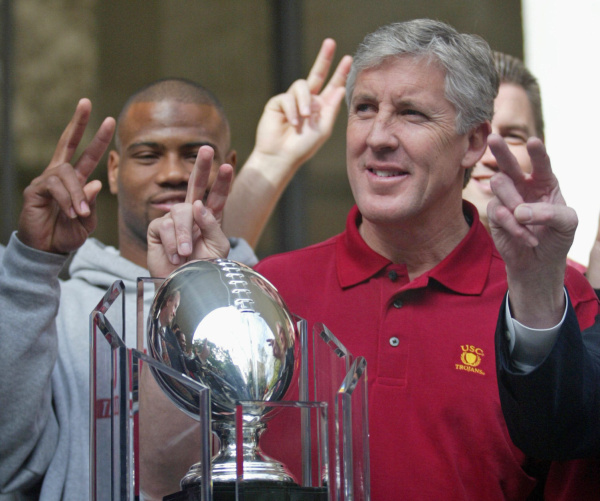 I understand sports are important to the American people and they do bring in a lot of money but come on.

They’re calling it a cartel that’s why, they believe that the practices the BCS uses are illegal.

You think Dems and Reps will agree on this or be split like always?

You think Dems and Reps will agree on this or be split like always?

Well there’s no question the whole BCS thing is corrupt but I don’t know, time will tell and I think congress should be looking at the state of the economy not the BCS.

Yes I agree, but hey maybe this will be an opportunity to see a little bipartisanship in congress. Can you imagine what it would be like if people considered a presidential candidates views on the BCS when voting.