Anyone ever use the throw-max?

Seems to have good reviews… but you never know. Anyone ever use it? Considering it for my 8 year old. thanks. 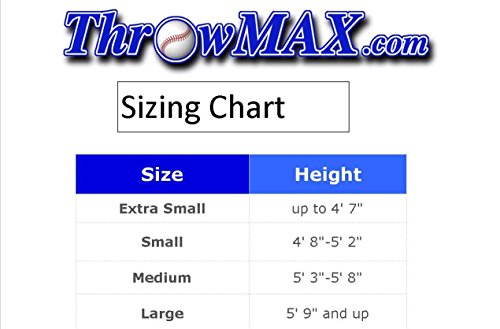 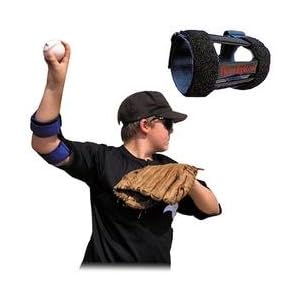 Before looking in that direction, go on the web and type in “growth plates”.

Please pay particular attention to the fine print, the stuff that your eight year old is going through right now. Think of the possible influences on his shoulders, his arms, and his wrist. Does this device really help lessen the loads of stress - or - does it encourage a “demand” that his frame is not yet ready for.

Some eight year olds are very, very sensitive to stress loads on their body. And although looks can be very convincing - kid looks strong, big frame, etc., etc., the inside network of tendon and muscles, joints and posture, can be very sensitive stuff.

In my opinion, I wouldn’t toy around with devices that are hinged at the vital upper body parts - shoulders, arms and wrists. I’d concentrate on nature’s course, supporting that with solid nutrition and a dad who is never too tired after work to play catch.

I sincerely wish you and your son the very best with your baseball experience.

I really appreciate the info coach… Though it’s a bit discouraging because I just don’t know where to start with fixing his mechanics… I was hoping I found something that would help him nail down at least one important aspect… But you’re right, I don’t want to toy with important bone growth!

Mind if I ask you a couple more questions?

Question #1:
How many pitches is ok for 8yrs old?
We generally practice every other day and instead of a boring pitch count I might say… Today lets strike out 4 batters, or 6 batters… or whatever… And he pitches to me as I call balls & strikes… He might walk 2-3 batters for every 6 he strikes out… Which I think is pretty good. We have a strict strike zone and his balls are rarely wild… Anyway, I’m rambling… So in a practice, he might throw 50 pitches… If he’s going to a full count before strike outs, which is a high estimate but it happens… That’s Every other day… Is that prudent? Or would you consider it a but much?

He’s couple times early this spring he told me his arm hurt (it was after long toss one time), and we called it quits when he did. That hasn’t happened in a long while… But when it did, he said it was his shoulder that was bothering him…

Question #2: Are you familiar with strikeout strips? I know it must sound like I’m hell bend on throwing money at the problem, but I’m reading so many good reviews I have to wonder… If it helps his mechanics I don’;t mind spending a little… Some folks recommended a personal pitching instructor and I can;t nearly afford that, but I’m not afraid to spend a little to ensure he’s going to throw correctly. Any products or videos you can suggest?

[quote=“cnykirk”]Seems to have good reviews… but you never know. Anyone ever use it? Considering it for my 8 year old. thanks.

Waste of money and the mechanics they teach are dangerous.

Thanks for the reply… But how does it teach “dangerous mechanics”… Thats kind of a big claim… Can you explain?

Somehow, you were told that at eight years old your son has bad mechanics. Ain’t gonna happen. He’s eight, physically he’s forming and changing every day of his life. The biggest mistake that any parent can make is to assume, or have someone assume for you, that your son - athletically, is off the beaten path and just not cutting it.

Your son has a long, no make that a very long way to go, before he has the what-for-ever to control his motion in a way that signals any kind of baseline, by which you or anyone else can pass judgement on. Trust me on this one.

On the other hand … I do know of a product called “good times”. And it works like this:
Get the youngster out there, without the pressure to perform and let him enjoy the time he has as a youngster. Laugh with him, ice cream all around for everyone, dad’s a super guy!!

Competitive instruction at eight is an adults way of preening and clipping a bush even before the roots have taken hold, in my opinion. Again, I’m not a youth coach, so my views are a bit slanted. So, as far as a pitching coach is concerned, I only suggested that so as to give you an alternate approach if you were all that serious about directing your son in the demands of pitching. A professional YOUTH pitching coach knows things that’ll avoid harmful elections in movement and performance on the field, that would go unnoticed by others less skilled in the profession.

The only aspect that he has to nail down is the fun side of this equation that you’re trying to calculate. When your boy is having a whopping good time, believe me, everything will fall into place at its proper time and place. In that regard, he’ll be more receptive to coaching - if that’s his thing, and he’ll have a learning curve that’ll have baselines that he can associate and draw some conclusions from.

I am not a youth coach, never have been, nor do I pretend to have the professional skills to qualify in that regard. But, I do know that every human being has “days” when he or she has peaks and valleys of strength and endurance, a focus that’s with-it that day, better some days then others, and so on.

Pitch counts are vital, in my opinion, to every pitcher at every level. I’m not going to elaborate on that from the competitive side, but rather from the physical side. Take a gander at a web site that shows the detail makeup of the human arm. Notice how frail it is. Also, consider the other parts of the human body with muscles that are much larger and specifically designed to carry loads of stress. Legs, pelvic, abdominal, back muscles and so on. Concentrate on solid eating habits, reasonable “fun” exercises for a youngster that age and you’ll do wonders for your son and his growth and development. As he grows and gets stronger, so will his acceptance of formal training methods.

Let’s go back to my using the word "pitching". If you and your son are tossing the ball then I wouldn’t be so detailed with a number count. Tossing the ball around and asking your son to hit the glove can be just as functional and deliberate. The key to developing a good arm is using it. Toss out in the backyard often, after dinner, anytime. Nice and easy does it will work well at that age.

Congratulations dad! You are your son’s biggest advocate. Keep that kind of concern going and your son will have a baseball experience that he’ll thank you for later on.

Are you referring to Strikeout Strippz? This is a product with a video that compliments the device and its use. I am not familiar with it nor do I know a coach(s) or player in the upper ranks of this sport that has used it. Perhaps someone else on this web site or others can help you in your fact-finding.

Any products or videos you can suggest?

The products and videos that I have been accustomed to have been either promotional endorsements and similar “sales” type ventures. However, I would like to suggest going to the top of this web site and “clicking” on . There you will find an outstanding collection of professional publications that I recommend highly. For his improvement and enjoyment as he gets older - definitely.
Also, I’d like to add that I have no financial or business interest in this or any other web site, publication house, printed or video for sale, player endorsements, etc. I don’t swing that way - frankly, I have no use for such promotions.

When I started coaching your son’s age group about 7 years ago, I was always on the lookout for things that would stop them from short arming or dropping their elbows. That flaw was/is widespread. I tried the throwmax and did not find it useful.

The best advice that I received to address that particular problem was to do throwing drills in which we emphasized having the fingers of the throwing hand pointing backwards when in the “power position.” As is pictured in your throwmax photo. This prevents the child from dropping the elbow/pushing the ball and promotes better arm action. The “teach” is to make sure the kids are getting those fingers pointing to the rear.

By the way, where on the Southside are you? What team do you coach? I’m on the Peninsula - coaching the 13u Hurricanes.

Don’t know that I said to 2nd base, but during a drill in which it is being taught and perhaps overemphasized that might not be a bad thing. Can’t say I know the mechanics completely but with the palm/fingers pointing back, the kids seem to get the whipping motion which is preferable to the pushing motion they get with the palm faced to the target; they can’t just flip it with the hand/forearm. Keep in mind that I am talking about teaching very young players. This was used in coaching younger guys in my area, and I learned it from a Longwood coach (I know very little, but I have taken a lot of notes on my blackberry over the years from guys who do know baseball).

I am currently not coaching; I am a driver/bullpen catcher for a player on the U12 Upper Deck Predator team. I am adept at setting up canopies, icing drinks, applying sunblock, etc. Take any baseball advice at your own risk.

I believe southsidevadad answered that by his reply …

The best advice that I received to address that particular problem was to do throwing drills in which we emphasized having the fingers of the throwing hand pointing backwards when in the “power position.” As is pictured in your throwmax photo. This prevents the child from dropping the elbow/pushing the ball and promotes better arm action. The “teach” is to make sure the kids are getting those fingers pointing to the rear.

I’m still not following… I can easily point my fingers to the rear (showing the ball to second base as in the picture provided) and drop my elbow significantly. Therefore, I still don’t get how doing this drill corrects a low elbow.