Any advice or thoughts is appreciated.

We’ll be working on a higher leg kick. The mower is there to remind him to mow people down (OK, I made that up).

Just got back from Wolforth’s Texas baseball ranch.

Wolforth pointed out the inverted W in my son’s mechanics, and recommended working on changing it to a less “risky” position. He did say that the reason it isn’t causing him any pain issues is because he doesn’t seem to have a timing issue with his arm (his arm gets up and is in a good position later in the delivery). I know there’s an on-going debate re whether the inverted W is a witch hunt or a legit “flaw”…

For the record, the reason my son developed it was he felt that it delayed his arm getting up a little longer and enabled him to throw harder. It’s a recent change.

[One of the things we’ll be focusing on is to stay closed a bit longer/stronger glove side.]

First, let me begin by saying his delivery looks very natural and fluid. For the most part, I’d say he’s looking solid.

You mentioned wanting to stay closed longer. Accomplishing that is a bit easier when the stride leg moves forward rather than sweeping across from the 3B side toward home plate.

Consistency with landing position will also help any lateral control issues that may be associated with the sweeping stride leg. It’s much easier to land on the target line when the leg is moving down the target line than it is to sweep it. Pitchers with his sweeping leg motion tend to have left right control issues rather than up and down control issues. Additionally, he has great trunk flexion, so I would not think that he gets into trouble missing up or down.

His current very long side step to start the delivery transitions into an interesting moon walk he has with the pivot foot sliding across the front of the rubber from right of center to the left side. I’m guessing the slide step was a self correction to minimize a cross-body throwing tendency. That slide allows his sweeping stride to land down the target line.

I like that you are working on getting height with the kick which should allow him to get down the hill further before foot strike–assuming of course he can get more back to front momentum instead of his left to right momentum.

Essentially, I’d like to see him stride at least slightly behind the rubber. I’m not saying straight back by any means, but a small incremental adjustment from where he is right now. This will get his momentum moving closer to the target line. Right now he’s got his momentum going to 3B on his lift instead of toward home. That momentum to 3B has to be nullified (a stop or pause) before he goes home. Currently his pitch momentum starts from the top of the lift, which to me is less efficient than moving back to front coming into the lift and down the hill. Front to back momentum would allow him to get down the hill without any pause or stop.

Also, look at his landing leg shin angle. When he’s at MaxER, his knee is closer to 1B than his ankle. This suggests he’s landing a bit too closed off or at the very minimum still has momentum leaking toward the 1B line. He can still keep his hips closed with the shin aligning vertically. Getting the shin vertical will help to stabilize the landing leg and allow him to brace better and transition a greater amount of his leg drive energy up the chain.

I think Coach Paul has some valid points but I disagree with the sweeping action of the front leg. The path of his front leg is a product of his body wanting to connect to the action/path of the arm to the lower body.

I’ve found that the hands and the feet want to match. No way in hell am I changing or attempting to change his arm action, I love how it works. Please don’t get me started on RW’s inverted W arm action, if your son has poor arm action, then I have 5 guys in pro ball that have alot of work to do this offseason. Each are 93+ arms and work very similar to your sons.

I see the leg lift and stride as CP pointed out as products of East/West momentum early in the delivery. Should be a very easy fix once he’s aware.

The body craves equal/opposite through the center of the body.

Make an adjustment with the center mass (less E/W) and everything else should become more efficient. There are many influencers/connectors that effect the arm and the body’s ability to properly load/unload, the CM is the primary influencer and I see his gaining momentum E/W early in the delivery and it influences the rest of the body to “want” to move E/W. Again, should be an easy fix.

Thanks Lantz and CP. Good feedback!

For the record, CP, last year, we had tried to move away from a sweeping front leg, but he hated it. Just didn’t work well for him. As a smaller pitcher, he’s likes using his athleticism and rhythm to pitch, and the sweep feels natural to him.

I think he had developed the lower leg lift as a response to trying to move forward from the rubber more quickly. He just has to get used to getting his momentum moving forward early with a higher leg lift (without reaching a balance point/stalling forward progress). Any cues he should be trying to think about as he works on the leg lift?

I also agree that the more I look at the inverted W “issue” the more I agree with it not being a flaw (at least not in and of itself). There are some pretty darn good arms that have inverted W mechanics (or close): 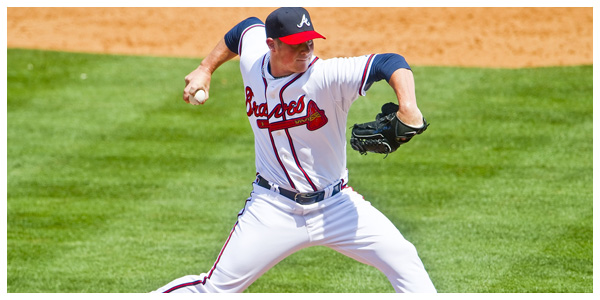 I think he had developed the lower leg lift as a response to trying to move forward from the rubber more quickly.

Any cues he should be trying to think about as he works on the leg lift?

Here’s where the water becomes murky. Your job is to provide the external cue, get your leg higher. It’s his responsibility to determine HOW through a trial and error process. Allow him to determine the internal cue (how to do it) by narrowing his focus to the smallest detail. 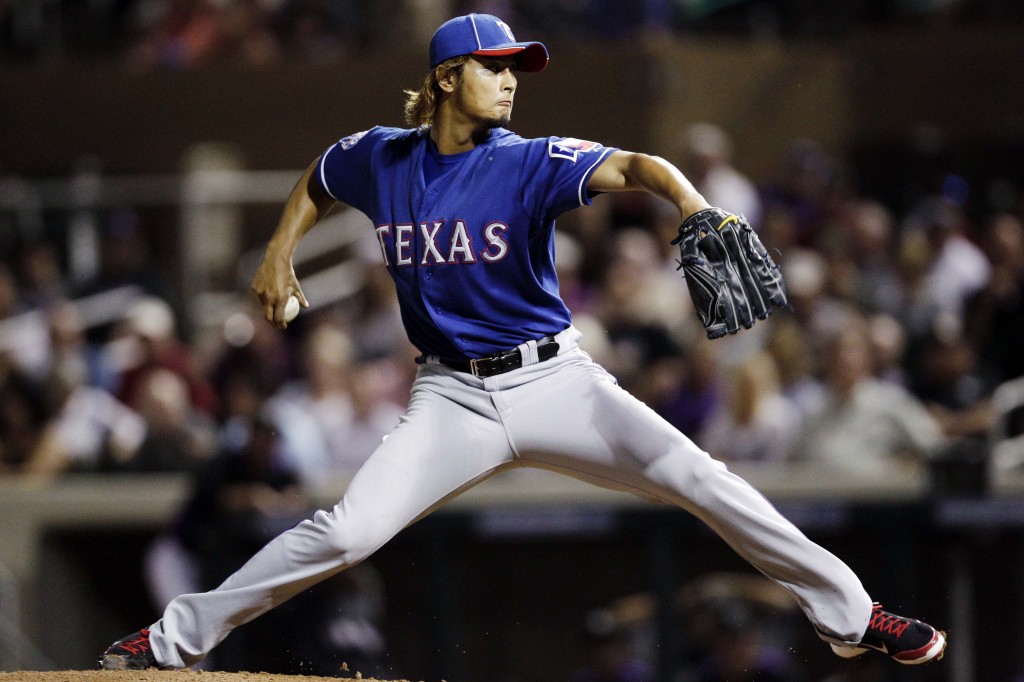 Thanks Lantz, makes sense–we’ll continue to work on it!

Re the inverted W–totally agree.

And, not to mention (just quickly poking around the MLB pitching stats leaders in google images): 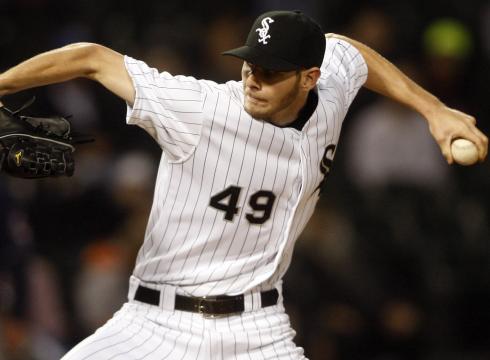 Zimmerman and Wainwright (both tied for first in the NL in wins): 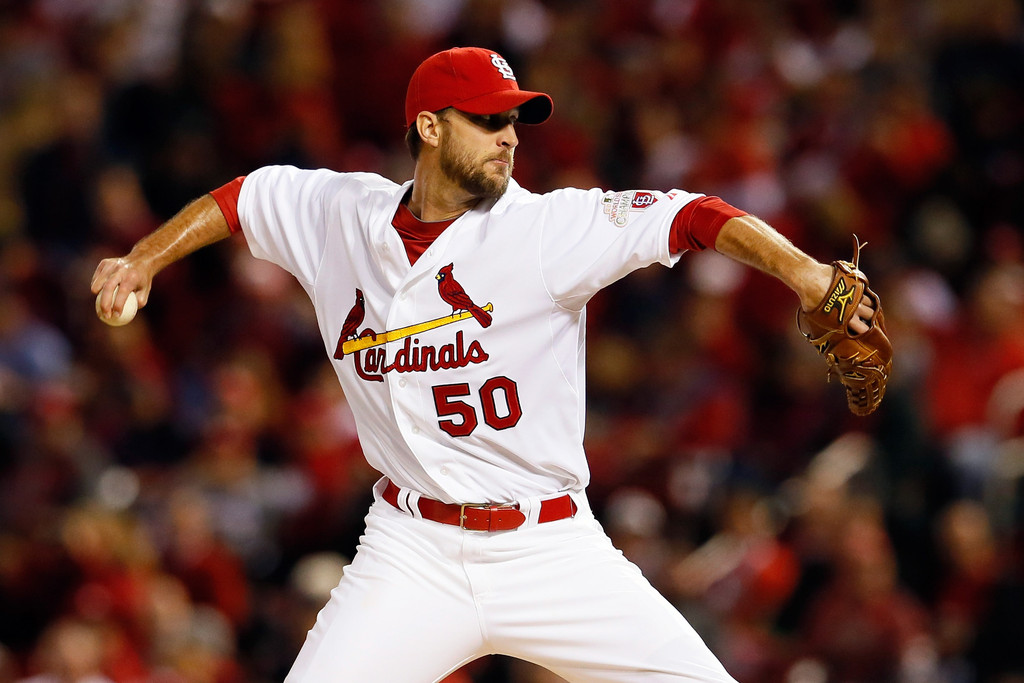 Ryu (third in wins in the NL):